Each semester, our Geospatial Forum event series brings together researchers, educators, practitioners and students in the geospatial data sciences for lectures, interactive studios and panel discussions focused on important topics and cutting-edge techniques.

Remember you can watch the recordings from past semesters anytime on our YouTube channel. All videos are closed captioned, with transcripts checked by Center staff.

Summary: Restoring natural resource access for Indigenous groups has become a recent policy focus. We combine satellite data and robust difference-in-difference methods to estimate the causal effect of water right settlements on Native American reservations in the western United States over 1974-2012. Settlements increase agricultural land use by 8% and have no effect on developed land use. Our estimates of tribal water use indicate that many tribes are utilizing only a fraction of their entitlements, forgoing as much as $938M-$1.8B in revenue. We provide evidence that this gap is driven by land tenure constraints and a lack of irrigation infrastructure.

About the speaker: Eric Edwards is an Assistant Professor in the Department of Agricultural and Resource Economics at NC State. His work on the economics of natural resource management has been funded by USDA, NOAA, and NSF. He runs North Carolina’s extension program in water economics, focusing on improving water quality and conservation in the state through economic incentives and markets. He holds a Ph.D. in Economics and Environmental Science from the University of California, Santa Barbara.

Oppressive Infrastructures: Mapping Racism and Inequity in the Built Environment

Summary: This Forum presentation features research produced in DIY Cartography, a graduate-level research seminar at NC State’s College of Design from Spring 2022 led by Professors Tania Allen and Sara Queen, which examines the history of inequity in our built environment. The featured maps highlight the structural disparities of today overlaid with patterns of confederate memorial erection to expose a palimpsest of institutionalized and systemic racism.

The 2015 Charleston murder of 9 African American church members by a white supremacict initiated a public reckoning with the legacy of infrastructures that perpetuate racism across America. As the violence continued, most notably with the death of George Floyd, many asked fundamental questions about their own complicity in systems of oppression that fed Floyd’s murder and too many before. As part of this reckoning, there were loud calls for dismantling symbols of violence fundamental in the 2,474 confederate memorials scattered across the landscape. For us as designers purporting to create spaces “for all”, the memorials were an entry point to ask questions about how public spaces can be both inviting and hostile. Using data compiled by the Southern Poverty Law Center, we began mapping attributes of the memorials, then broadened the study to include socio-economic, political, and environmental structures that support systemic racism through GIS, RAWGraphs, Tableau, and Adobe softwares. While confederate memorials are one of the most overt symbols, structures of oppression built into the fabric of this country run much deeper. The maps in this presentation overlay systemic disparities of today with patterns of memorial erection to expose a palimpsest of institutionalized racism beginning in structures of slavery, reformulated through the segregationalist policies of the Jim Crow Era, and reinforced by the reactionary legislation and social practices spanning the Civil Rights Era to today. With these insights, this collection of maps overlays memorial data with diverse measures of physical, societal, political, and economic structures that manifest and support systemic racism and ongoing oppression with aims to spark discussion and initiate change.

About the speakers: Sara Queen is an Associate Professor at the School of Architecture teaching a range of undergraduate and graduate studios as well as advanced graduate research seminars. Sara was recently honored as the 2017 Emerging Professional by the North Carolina AIA Chapter for her extraordinary accomplishments in architectural design, design discourse, architectural education, and mentoring of the next generation of architects. Sara’s ongoing research investigates infrastructural networks through mapping methodologies with the goal of facilitating deeper, more diverse understandings of urban systems and the processes which shape physical place, cultural space and social territory. She has presented at numerous national and international conferences including the Architectural Research Centers Consortium and European Association for Architectural Education International Conference, the National Conference on the Beginning Design Student, the Council of Educators in Landscape Architecture National Conference, and the East Midlands History and Philosophy Research Network International Conference. Sara received her Bachelor of Environmental Design in Architecture from North Carolina State University and graduated with distinction in earning her Master in Architecture from the Graduate School of Design at Harvard University.

Tania Allen is an Associate Professor of Art and Design and Director of Graduate Programs in Art and Design. Tania received her BA in History from Washington Univesity in STL, a pre-graduate certificate in Visual Communication at the School of the Art Institute of Chicago and a Master of Graphic Design at NCSU. Her background in history, fine arts and graphic design shape her research and practice through using visualization as a tool by which to question historical and contemporary assumptions and knowledge. Through her practice, Tania has specifically focused on design as a catalyst for community engagement, using it as a participatory and co-creative process that helps community members take ownership of core social issues, and work to make change from the ground up.

Along with Sara Queen, Tania is the co-director of the design research group co-lab, which focuses on critical mapping as a participatory design research tool. Currently, co-lab’s focus is on developing a methodology for critical mapping that simultaneously embraces cartography as a powerful analytic and synthetic research tool, while also challenging the assumptions that the mapping and visualization process embeds within it. Recent publications have included “Beyond the Map: Unpacking Critical Cartography in the Digital Humanities” in Visible Language (Fall 2015), co-authored with Sara Queen. She is also the author of Solving Critical Design Problems: Theory and Practice published by Routledge in 2019.

Summary: The space industry is undergoing a rapid transformation, one that allows us to see our world like never before. Planet Labs is a revolutionary satellite image provider, capturing the Earth’s landmass at a near-daily pace. Not only are these images being collected daily but they consist of a 3.5-meter spatial resolution and contain eight channels of multispectral information. This unique dataset offers a variety of opportunities to explore Earth like never before. Come join us for this studio event to learn more about Planet Labs, satellite imagery, Planet platforms and a demonstration of the Planet Explorer platform! Austin is joining remotely and Corbin will join us in-person to answer all your questions. Feel free to bring your own laptop to follow along or perhaps you have questions about using Planet data for your own work. What would you study with daily imagery?

About the speakers: Austin Stone is Customer Success Manager for Education and Research at Planet Labs. In this role he gets the opportunity to engage and work with researchers around the world who are using Planet imagery. He has a BS in Geography and is currently obtaining his MSc in Geography from the University of Georgia, primarily focusing in remote sensing of landscape agricultural and statistical scaling techniques for biophysical parameters. Austin also has experience working with NASA, USDA and USAID on a variety of remote sensing projects that link satellite imagery and in-situ/social observations in various application areas.

Corbin Kling is a Customer Success Manager for the Planet Federal team. In his role, he works with US Federal Government Civilian and Defense/Intelligence Agencies. Corbin interfaces with NOAA, USDA, USGS DOI and other federal researchers utilizing Planet data and helps Defense and Intelligence agencies integrate Planet data into their ecosystems. Prior to working at Planet Federal, Corbin received his Ph.D. from the Marine, Earth and Atmospheric Sciences Department at NC State University in December of 2020. He then spent a year and a half as a Postdoctoral Research Fellow at the Smithsonian National Air and Space Museum where he researched techniques for change detection analysis of drone data without the use of ground control points.

Summary: The mission of the NC State Data Science Academy is to operationalize the concept that at NC State, data science is for everyone. In this forum talk Dr. Levy will share developments from Year 1 of the first NC State Academy, which was launched in July 2021 to build and connect data science across the university in all aspects of the mission of research, teaching and engagement. In particular she will discuss ways that the Data Science Academy is partnering with all the colleges as well as ways that students, faculty and staff from all departments and programs can get involved. This includes courses, a future undergraduate certificate, seed grants, collaborative consulting, K-12 programs, extension and external partnerships.

About the speaker: Dr. Levy is the inaugural Executive Director of NC State’s Data Science Academy and a Professor of Mathematics in the Department of Mathematics at NC State. Dr. Levy is internationally known for developing methods and mechanisms for mathematical modeling and data science education. She aims to make learning experiences welcoming, inclusive and empowering. Her work spans all ages, from writing a book chapter with a Kindergarten teacher to mentoring projects linking academic institutions with business, industry and government. Her work to connect people with careers includes the BIG Jobs Guide and an associated interview card game that helps people practice responding to both legal and illegal interview questions. Her blog Grandma got STEM was featured in the press from NPR to Slate, Boingboing and the Australian Broadcast Company. She is a Fellow of the Society for Industrial and Applied Mathematics, has written and blogged for American Scientist, and received the national Alder Award for teaching.

Summary: We live in incredible geospatial times with revolutionary computation and a proliferation of growing historical archives and more sensors. We never had so much data, and yet we are far from the dream we promise of leveraging geospatial data for climate change, biodiversity collapse, sustainability, food, … What are the blockers? What are the latest trends? This talk will review the status, promise and challenges of scaling planetary insights using geospatial data.

Most recently Bruno set the strategy, built the team and led Microsoft’s “Planetary Computer”, the largest open scalable geospatial platform. Bruno previously led Big Data at the World Bank Innovation Labs, served as VP Social Impact at the satellite company Satellogic and Chief Scientist at Mapbox. Bruno also wrote the book Impact Science about the role of science for social and environmental impact, and he is founder and director of Impact Science.dev Consulting. Bruno was awarded Mirzayan Science Policy Fellow of the US National Academies of Science, and Young Global Leader of the World Economic Forum. 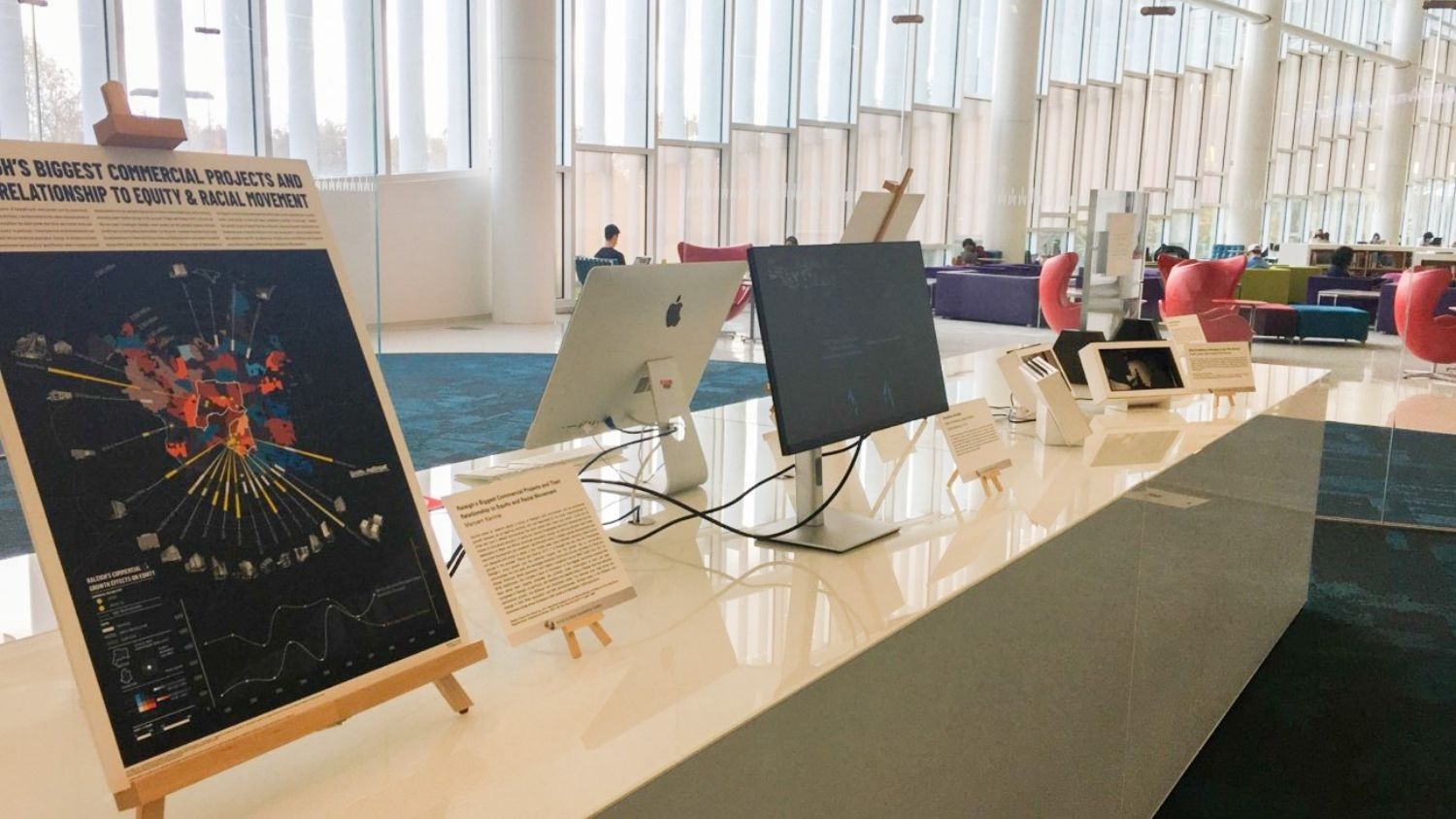 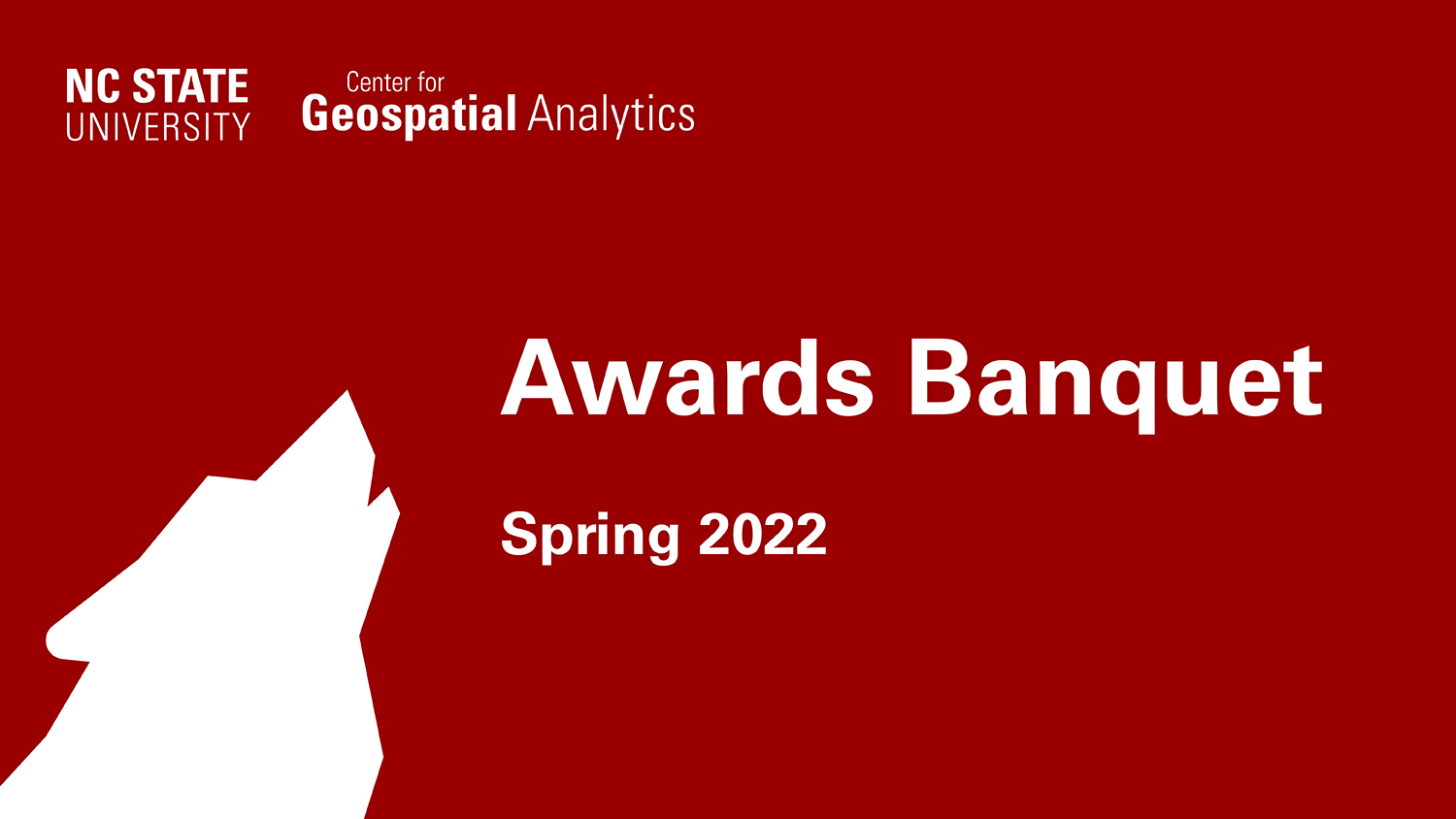 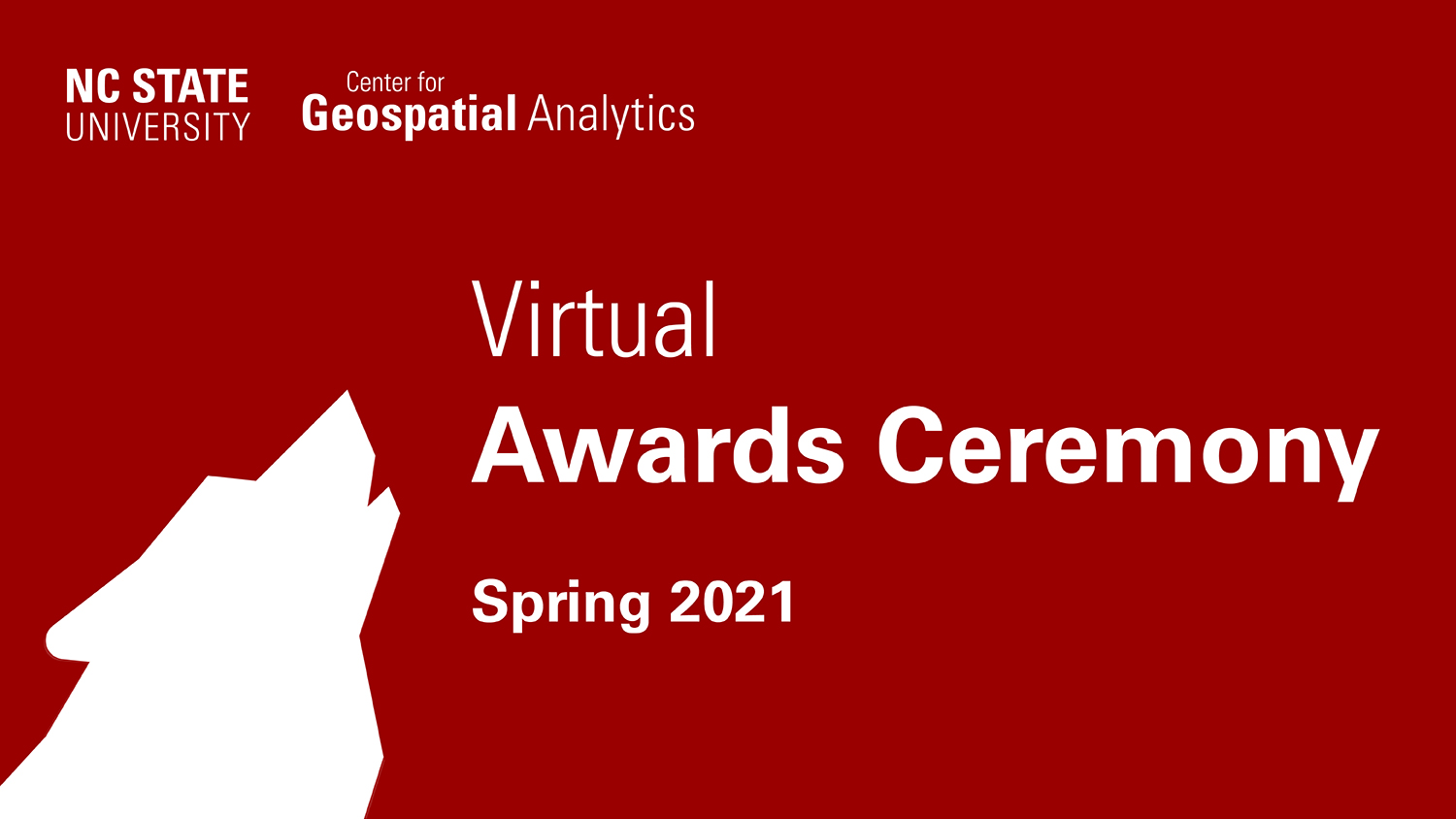