Earth’s plants and animals are disappearing, and quickly.

At least 680 species with backbones have already gone extinct, and up to 1 million species are at risk of extinction — many of them within decades — according to a report released by the U.N.’s Intergovernmental Science-Policy Platform on Biodiversity and Ecosystem Services.

The report, which is based on a review of 15,000 academic papers and government documents, warns that activities like farming, logging, poaching, fishing and mining are altering nature at a rate “unprecedented in human history.”

Over the past century, the average abundance of plant and animal life has fallen by 20% or more. And, the report says, unless nations undertake drastic conservation efforts, the rate of species extinction will only accelerate through 2050.

But what does this mean for our future? And can we stop it? These are just some of the questions we were left pondering after reading the report. So we spoke with some of our own experts to find out all there is to know about biodiversity.

Biodiversity, which is short for biological diversity, is a term used to describe the variety of life found on Earth and the relationships between living organisms, ranging from bacteria and viruses to plants and animals.

The concept of biodiversity is complex and therefore difficult to value sometimes, but the reality is that human societies wouldn’t exist without it.

In addition to providing humans with raw materials and functioning ecosystems, biodiversity creates recreational opportunities and cultural connections, says Chris Moorman, a professor in the Department of Forestry and Environmental Resources and coordinator for the Fisheries, Wildlife and Conservation Biology Program.

But despite its many benefits, the interconnectedness of organisms also means the decline of any single species can trigger unexpected losses in the wider ecosystem, according to Moorman. Without trees and other plants, for instance, there would be no oxygen for us to breathe. And without coral reefs and mangrove swamps, people living along the coast would lose invaluable protection from cyclones and tsunamis.

Moorman said the U.N. report is a stark reminder of humanity’s inherent connection to the natural world and the impacts we could face if we fail to protect what’s left of our planet.

“The conservation of species around the world is not only a moral obligation, but endeavors to do so will improve human health and quality of life over the long term,” he said.

What’s changing biodiversity in the Triangle?

According to the U.N. report, the unprecedented and accelerating decline of global biodiversity has been driven by changes in land and sea use, exploitation of living beings, climate change, pollution and invasive species.

In North Carolina, the Triangle and other major metropolitan areas are experiencing increasing rates of biodiversity loss as they continue to urbanize, according to Madhusudan Katti, an associate professor in the Department of Forestry and Environmental Resources.

The latest estimates from the U.S. Census Bureau show that the Raleigh-Cary metro area alone has experienced an 18.1% increase in population between 2010 and 2017. That equates to a population of 1,335,079 people.

“Urbanization continues to be a dominant mode of land and ecosystem transformation in Wake County and surrounding counties in North Carolina,” said Katti. “The region remains one of the fastest growing urban areas in the country, with Raleigh and other cities consistently scoring high on various indices of desirable living. As such, urban development and growth continue apace, with no sign of slowing down any time soon.”

Katti, whose research focuses on understanding how humans relate to and impact nature, said the increasing rate of urban development throughout the region will have a myriad of effects, including the displacement of wildlife.

More than 100 of North Carolina’s plant and animal species are already considered to be threatened or endangered, and urbanization will likely continue to push them closer to extinction, according to Moorman. That includes the threatened yellow lance mussel, which can be found in Wake County.

But urbanization won’t impact all plants and animals equally, according to Moorman. In fact, some of the region’s generalist species — plants and animals capable of living in a wide variety of environmental conditions — may continue to occupy suburbs and cities as long as humans tolerate or encourage them, including racoons, big brown bats and brown snakes.

“Humans create and manage natural elements in cities, ranging from flowerpots on a balcony or a vine climbing up a wall to small and large parks, where many species can thrive,” he said. “Cities are therefore social-ecological systems where humans play an active role in determining the occurrence and success of other species.”

In addition to urbanization, North Carolina’s plants and animals will also have to survive the rising seas and extreme weather events of climate change.

According to the U.N report, Earth could lose 5 percent of all plant and animal life if global temperatures reach 2 degrees Celsius above pre-industrial levels. That estimate jumps to 16% of all species at 4.3 degrees Celsius.

Humans have already caused an estimated 1 degree Celsius of warming, according to the report. The impact of this temperature increase has triggered a number of ecological effects, including changes in growing seasons and species ranges.

Evergreen trees such as longleaf pines, for instance, are moving north in response to increasing temperatures. These trees support hundreds of endangered species and were once the foundation of North Carolina’s economy. But the state has lost 96% of its longleaf pine savannas, as well as 98% of its grasslands and marshes.

Coastal forests and shrub communities are also expected to be significantly impacted by climate change, according to Moorman.

Moorman and other researchers recently completed a study along the North Carolina coast and found that sea level rise over the next century will inundate coastal forests and transform them into marshes, shifting vegetation closer to the ground. This habitat disturbance could have major implications for the management and survival of some birds residing in coastal forests.

How can we save biodiversity?

Despite humanity’s devastating effects on nature, it’s not too late for us to repair and restore Earth’s biodiversity, according to the U.N report.

But it won’t be enough for people to simply recycle their plastic bottles, the report warns. It will instead require proactive environmental policies, the sustainable production of food and other resources, and concerted action by governments, companies and individuals to reduce greenhouse-gas emissions.

“We must work collaboratively and at multiple scales to develop and implement solutions that allow us to produce food and energy, maintain transportation systems and live our daily lives in a manner that most efficiently sustains natural resources for the next generation,” Moorman said.

At NC State’s College of Natural Resources, Moorman and other faculty members are working diligently to restore biodiversity, both regionally and globally.

When he’s not studying the effects of habitat loss, for instance, Moorman is building on-campus housing for evicted bats — an ecologically-valuable species that’s declining nationwide due to a deadly fungal disease. And Steph Jeffries, a teaching associate professor in the Department of Forestry and Environmental Resources, is collaborating with the WakeNature Preserves Partnership to identify open spaces and conserve resident wildlife.

“With the whole state urbanizing rapidly, we needed a group to prioritize nature and open space in Wake County. Otherwise, we risk losing biodiversity to habitat loss and fragmentation,” said Jeffries. “You can’t conserve species if you don’t know they live there, and this is key to the WakeNature Preserves Partnership mission.”

But faculty members aren’t the only ones taking action to protect the planet. Students enrolled in the college’s “Conservation of Biological Diversity” course are developing a conservation plan for the Triangle region, outlining everything from water quality protection to habitat management. The plan will be completed by next spring and presented to various government agencies and nonprofit organizations for potential implementation, according to Gary Blank, a professor in the Department of Forestry and Environmental Resources, who serves as the course’s instructor.

On Tuesday, May 6, the United Nations published a 40-page summary of its upcoming report on the “unprecedented” decline of global biodiversity. In an effort to raise awareness, the NC State College of Natural Resources is launching a series of stories to highlight our connection to the natural world. This series will explore everything from the very definition of biodiversity to the ongoing conservation efforts of our own faculty members. This is the first of three stories. 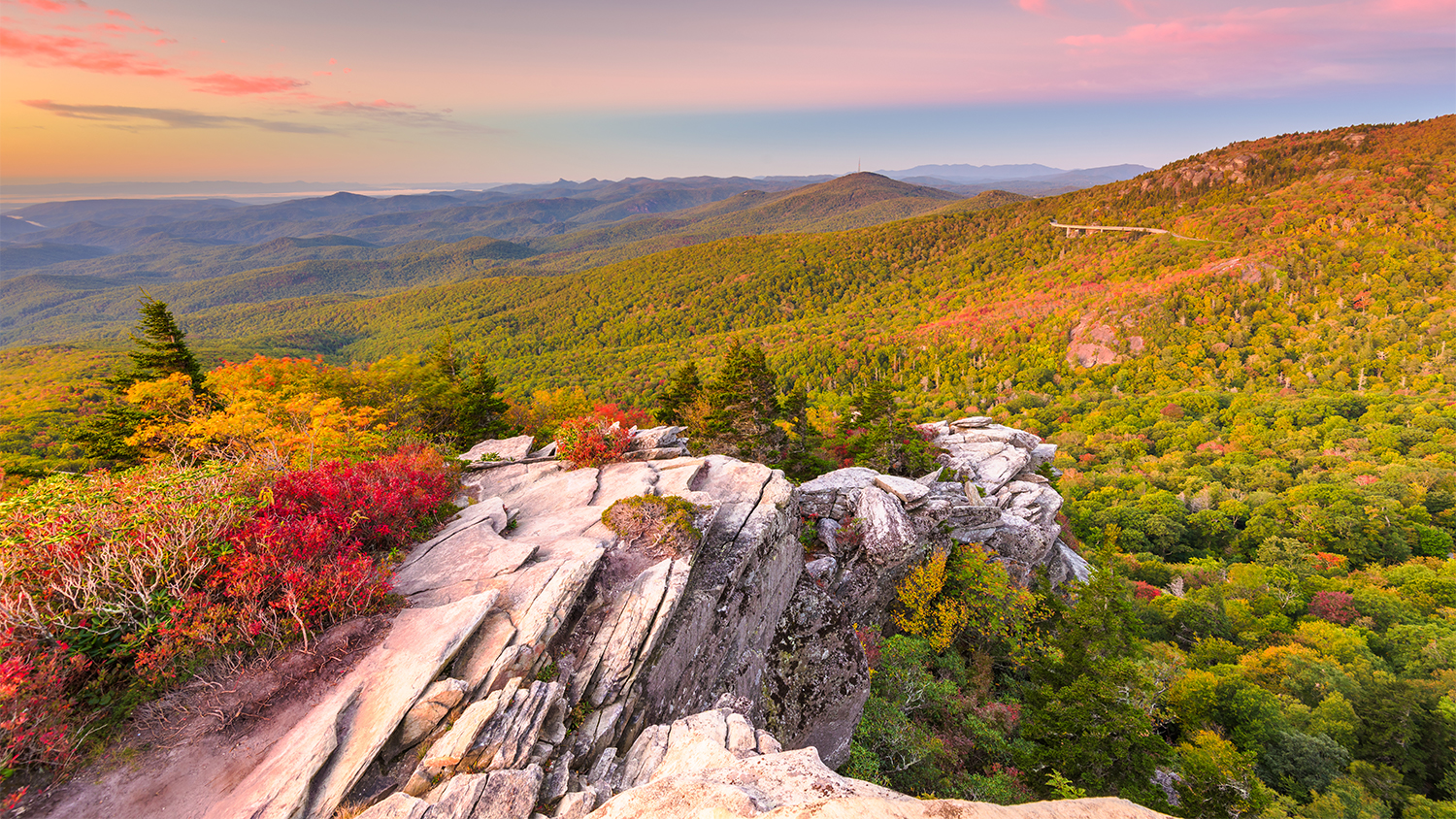 Fall Foliage 2020: Here’s What to Expect in North Carolina