From the emerald ash borer to feral swine, North Carolina is home to a number of invasive species that can have devastating impacts on the environment, economy and even human health.

National Invasive Species Awareness Week (February 24-28) is designed to raise awareness of invasive species and what people can do to prevent their spread.

In recognition, we sat down with researchers at the College of Natural Resources to discuss invasive species and their impact on North Carolina.

What is an invasive species?

An invasive species is any living organism — plant, animal, insect or microbe — that is introduced to an area outside of its original range and causes harm to the environment, the economy or even human health, according to Dr. Robert Bardon, Associate Dean of Extension and Engagement at the College of Natural Resources and Professor in the Department of Forestry and Environmental Resources.

“Invasive species are typically unwanted and uncontrolled,” Bardon said. “It’s very difficult to eradicate them, so the only thing you really can do is manage them so they don’t spread and take over other areas.”

Some invasive species arrive in new ecosystems through natural migration, but many are introduced through human activities like freight shipping and the pet trade. Once they enter a new area, invasive species can have a dramatic impact on both humans and wildlife alike. Approximately 42% of threatened or endangered species in the United States have declined due to invasive species, for instance. And the cost to control invasive species and the damages they inflict upon property and natural resources in the U.S. is estimated at $137 billion annually.

Although numbers vary widely, researchers estimate that the U.S. is home to about 4,300 invasive species today. Below, you can find a quick guide to some of the plants, animals and insects that have invaded North Carolina:

Feral swine (Sus scrofa) are among the most destructive invasive species in North Carolina. These wily invaders were first brought to the southern U.S. in the 1500s by early explorers and settlers as a reliable source of food. Then, in the 1900s, the Eurasian or Russian wild boar was introduced for sport hunting. Today’s feral swine are the descendents of introduced wild boar, escaped domestic pigs, and hybrids of the two.

In North Carolina, feral swine have been documented across the state with population densities being highest in the southern mountain region as well as in several coastal counties, according to Dr. Roland Kays, a Research Associate Professor in the Department of Forestry and Environmental Resources. “Wild hogs are fairly limited and patchy in North Carolina,” he said. “But there are a lot of them in the Great Smoky Mountains, which is the last place you’d want them because there are so many sensitive species there.”

Because feral swine are opportunistic feeders and omnivorous, they will eat just about anything that they can get their mouth around. Approximately 85% to 90% of their diet is believed to be composed of vegetation (including crops where available) and 10% animal matter. While foraging, feral swine use their snouts to root into and turn up the soil. Federal agriculture officials say feral swine cause an estimated $1.5 billion a year in damages to agricultural and developed lands across the U.S.

Feral swine are also known to carry at least 30 diseases and nearly 40 parasites that can be transmitted to humans, pets, livestock and other wildlife. In a 2012 study conducted to test North Carolina’s feral pig populations for several types of bacteria and viruses, about 9% of feral pigs studied in Johnston County and less than 1% of feral pigs surveyed randomly at 13 other sites across the state showed exposure to brucellosis, a bacteria that causes abortions in affected swine.

Dr. Suzanne Kennedy-Stoskopf, a Research Professor of Wildlife Infectious Diseases in the Department of Forestry and Environmental Resources and a co-author of the study, said the presence of brucellosis among feral swine in North Carolina poses a risk to the domestic swine herds of the state’s $11 billion pork industry since direct contact with infected pigs or ingestion of contaminated food and water could cause currently uninfected pig populations to become infected.

“Spillover from infected feral pigs to commercial pigs is an economic and a public health concern,” she said. “The biggest public health risk is to pork processors and hunters who field dress feral pigs. Although cases of brucellosis are rare in the United States, people need to understand the clinical signs – like intermittent fevers and persistent headaches – and go to the doctor for diagnosis and treatment if they have these flu-like symptoms.”

The emerald ash borer (Agrilus planipennis) is a metallic green beetle that bores into ash trees and feeds on tissues beneath the bark, ultimately killing the tree. The beetle — which is indigenous to China, Japan, Korea, and parts of eastern Russia — was first discovered in Michigan in 2002. It is believed to have been introduced into the U.S. from wood packing materials used in cargo shipments, according to Bardon. It was detected in Granville, Person, Vance and Warren counties in North Carolina in 2013, most likely introduced from surrounding states via human activity.

Bardon said the emerald ash borer attacks all four native ash species — pumpkin, Carolina, green and white. These trees are used to make a wide variety of consumer products, ranging from baseball bats to furniture, and serve as a food source for numerous animals and insects. Unfortunately, though, the damage caused by emerald ash borers can kill trees within three to five years of initial infestation.

From mid June and well into August, females deposit their eggs between layers of outer bark and in cracks and crevices of the trunk and major branches. When the eggs hatch about two weeks later, the larvae bore into the bark and feed on the vascular tissues. This disrupts the movement of nutrients and water within the tree, girdling it and causing death. By the time the larvae reach adulthood, they will chew D-shaped exit holes in the bark and emerge from the ash trees.

The emerald ash borer can spread naturally through flight. But the most common cause of infestations is the accidental transportation of infested materials such as firewood, logs, branches, nursery stock, chips or other ash wood. To prevent the spread, the transportation of these materials out of infested areas is regulated by state and federal quarantines.

First detected in Virginia in the 1950s, the hemlock wooly adelgid has since spread to 18 states along the east coast from Georgia to Maine, with severe infestations causing up to 90% mortality within about ten years. In North Carolina, where hemlock wooly adelgid was detected in 1995, the tiny insect has caused the widespread decline of hemlock trees along the Blue Ridge Parkway and in the Great Smoky Mountains National Park, according to Bardon.

Bardon said hemlocks, which are some of the largest and most common trees in the North Carolina mountains, are a “keystone” species. If healthy, they can live for hundreds of years and provide numerous ecological benefits. The shade from hemlocks, for example, provides favorable stream habitat for many native fish, amphibians and aquatic invertebrates, while the branches are used by birds as nesting sites. Hemlocks also provide bedding and shelter to many large mammals, from deer to bears.

Once in a tree, the hemlock wooly adelgid crawls to the base of a hemlock needle, inserts its stylets and begins to feed, disrupting the flow of nutrients. This causes the needles to die, turn gray and drop from the tree. Heavy infestations can kill trees in as little as four years, but some trees can survive for up to 15 years. The hemlock wooly adelgid is most easily recognized by the woolly-looking, white nests that it leaves on the underside of the tree’s branches.

Native to China, Tree of Heaven (Ailanthus altissima) is a rapidly growing deciduous tree that was first introduced to the U.S. in the late 1700s by a Philadelphia farmer. Because of its rapid growth rate and ability to thrive in harsh conditions, this tree became a popular horticultural plant in the east and quickly spread to urban, agricultural and forested areas nationwide. A 2008 estimate states that the tree is present in over 214,000 acres of southern forests.

In North Carolina, Tree of Heaven is most prevalent in the piedmont and mountain regions but can also be found on the coastal plain, according the state’s Forest Service. It is most invasive in urban environments, where it will often grow in small cracks next to buildings, sidewalks and retaining walls. The tree also poses a threat to cultivated fields and natural areas due to its resprouting ability and aggressive root system.

An individual tree can produce several hundred thousand seeds per year, with each seed establishing a deep taproot that allows the plant to grow quickly and establish dense, clonal thickets. Its leaves also contain an allopathic chemical that suppress the germination of seeds and root growth of competing plants.

Once restricted to the plains of the American West, the coyote (Canis latrans) began migrating eastward in the early 20th century, according to Kays. Coyotes appeared in North Carolina in the 1980s and have since expanded to all 100 counties in the state.

Although biologists are only beginning to understand how coyotes affect the environment, the canines are known to be opportunistic feeders and can survive anywhere there are abundant food sources, whether it be an agricultural field or suburban neighborhood. Their diet usually consists of fruit, berries, pet food left outside, small mammals, garbage, deer, carrion, rabbits, birds, snakes, frogs and even insects. Coyotes can also prey on livestock and domestic pets, but these animals comprise only a small percentage of their total diet.

Some people hold a negative view of coyotes due to concerns surrounding predation on game species, livestock and pets. Others also express concern for human safety, although there have been no documented attacks on humans by non-rabid coyotes in the state. For these reasons, coyotes are sometimes deemed an invasive species.

Kays, whose most recent paper documents the expansion of coyotes across North and Central America, said the canines actually play an important ecological role by partially filling the niche left vacant by wolves and other large predators that once roamed the southeast and specialized in hunting the region’s deer and small mammals.

“Coyotes are technically non-native, no one can argue that,” Kays said. “However, being ‘invasive’ generally means they have large negative effects on the ecosystem and/or humans.  The case for coyotes in this regard is not so clear.” 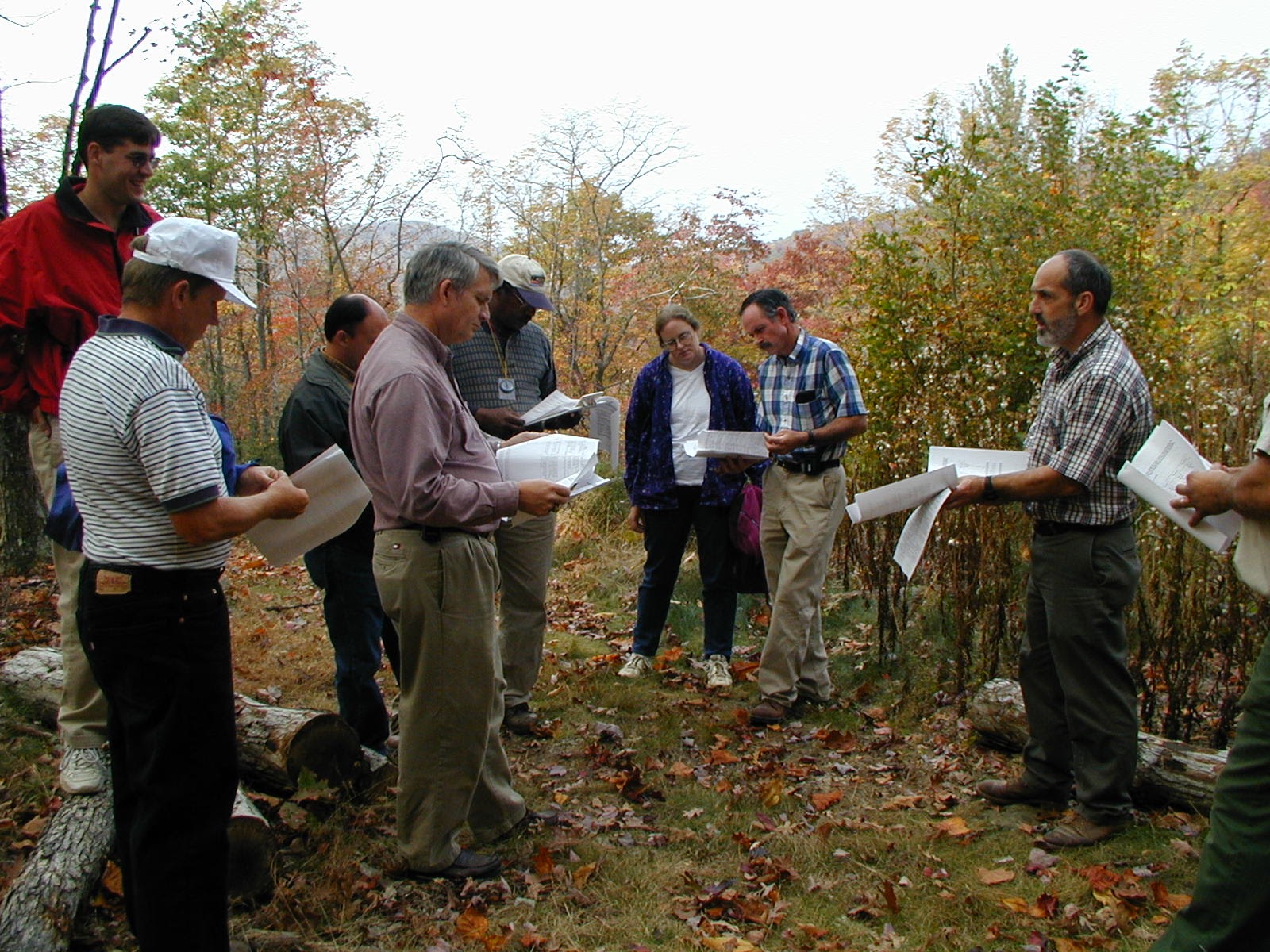 Looking for a solution?

Each year, our outreach specialists in forestry, wood products, recreation and tourism respond to thousands of queries from citizens, industry and government.

Ask How We Can Help

Colorado’s Famous Aspens Expected to Decline Due to Climate Change