Through the “Bradford Pear Bounty” program, you could get up to five new native trees in exchange for cutting down the same number of Bradford pears in your yard. The effort will launch April 23 in Greensboro, and could expand to more locations in the fall.

“We probably won’t eradicate Bradford pear from North Carolina,” said Kelly Oten, assistant professor of forestry and environmental resources at NC State. “But we do want to increase awareness about how this tree is harming the environment, reduce how many people plant them and encourage people to replace their own trees with something else.”

In addition to emitting a strong, distinctive stench, Bradford pears can breed with other varieties of pear trees and spread in natural forests, replacing native trees and creating “food deserts” for birds, Oten said.

The Abstract spoke with Oten about the effort:

The Abstract: How did the Bradford pear get to the United States?

Kelly Oten: The Bradford pear is a variety or cultivar of Callery pear, which was introduced into the United States as an ornamental tree in the early 20th century. It is native to Asia. A lot of people planted it because it was sold as this gorgeous, early blooming, symmetrically canopied, beautiful tree. And everyone was like, “done, I’ll take it.” It was touted as sterile, but in reality, it can cross with other varieties of Callery pear and produce invasive offspring.

TA: How does it spread?

Oten: Bradford pears cannot self-pollinate, but they can reproduce if they get pollinated by any other variety of the Pyrus calleryana species. Their offspring spread into natural forests and disturbed areas like roadsides. When they escape plantings, they are called Callery pears. These invasive trees have white, showy flowers, but they have huge thorns that are inches long and can puncture tractor tires, so it can be very problematic to manage them. They’re in suburban and rural areas, as well as in natural forests. Right now, they are blooming, and I see them everywhere when driving around.

TA: What are some of the impacts of this tree’s spread?

Oten: They’re displacing our native trees that cannot outcompete the Bradford pear, which has significant ecological impacts. For example, Callery pears are like a food desert for birds. Caterpillars, which are especially important in the spring when mother birds are getting soft-bodied insects to feed their young, don’t feed on them. Because there are no caterpillars that feed on the Bradford pear, there’s nothing for them to eat there.

TA: Are you studying these impacts?

Oten: In a research project led out of Clemson University, we’re looking at the differences in insect ecosystems between forests that have been invaded by the Callery pear and those that haven’t. We’re looking at leaf litter, in particular, and the organisms that are in there. Already, we can see a difference. It’s changed forest communities.

TA: What’s the deal with their smell?

Oten: While people might not be aware of the invasive problem, they might hate them for two other reasons. They smell really bad; some people say it’s a fishy smell. The other thing is that, even in a mild storm, Bradford pears fall apart. The branches come out at a sharp angle, which makes them weak.

TA: How are governments responding?

Oten: Ohio, South Carolina and Pennsylvania have announced bans against the sale and planting of Bradford pears. North Carolina does not have a ban on Bradford pears, but it does have bans on other problematic plants.

TA: Are efforts to curb the spread of invasives successful?

Oten: We have a lot of protocols that have reduced the amount of invasive species introduction. There is an international trade agreement where wood packaging material has to be treated before it gets here. But, it’s going to be a forever problem. The more invasives we study, the better we are at responding to the next one that arrives.

TA: What are some good information sources if you want to be a good consumer?

Oten: A lot of towns have “do not plant” lists. Master gardeners and extension agents can be a wealth of information. You can find really great pollinator gardens with native plants. You can go to those places and see how they would look in your landscape.

TA: How can you get a replacement tree?

Oten: This is an event-based program. This spring it will be in Greensboro on April 23. Homeowners must remove their Bradford pear, sign up, and bring before-and-after pictures of the tree cut down. They can get up to five replacement trees, all native. We will have 200 trees in total to give away. Anyone in North Carolina can sign up on our website: www.treebountync.com.

TA: Why is it important to replace the tree?

Oten: The urban canopy is so important in temperature mitigation, especially as the climate warms, but also to reduce stormwater runoff. They’re also important for everyone’s general enjoyment. There are studies that have linked human health to urban trees. I would strongly encourage replacement rather than simply removing it.

TA: How should people remove them?

Oten: The planted Bradford pear variety does not have thorns, so it can be removed like most landscape trees. They are typically cut down, and then the stump can be sprayed with an herbicide to prevent re-sprouting. Or, you can hire a company to stump grind it if you want to place a new tree in that same spot. When they cross with another pear and become wild, the offspring does have thorns. This can make it difficult to remove.

TA: How do you distinguish between Bradford Pears and white cherries to avoid cutting down the wrong type of tree?

Oten: There are a few things that help us differentiate. First, smell the flowers. Pears stink; cherries don’t. Also, cherry leaves are longer and have tiny spikes on the margin, while pear leaves are more rounded and have scalloped edges. The bark on a cherry is also darker and can be smooth and shiny or flaky while pear bark is lighter with shallow ridges. In addition, the flowers on cherries are grouped along a single stem, while flowers on a pear form small ball-shaped clusters. Lastly, the tree form on pears is upright as branches turn upwards at sharp angles; cherries do not have that sharp upward angle of branches. 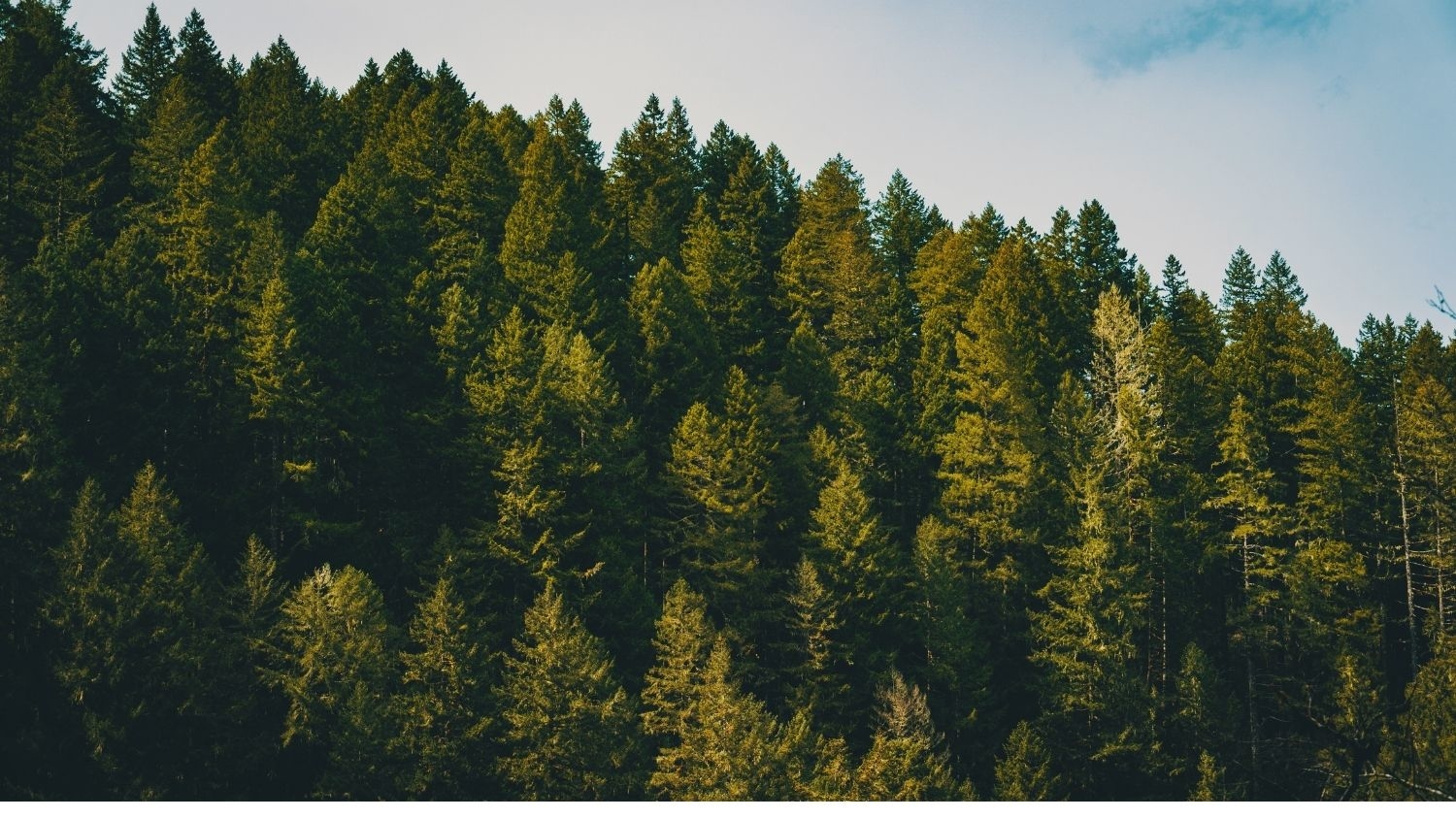 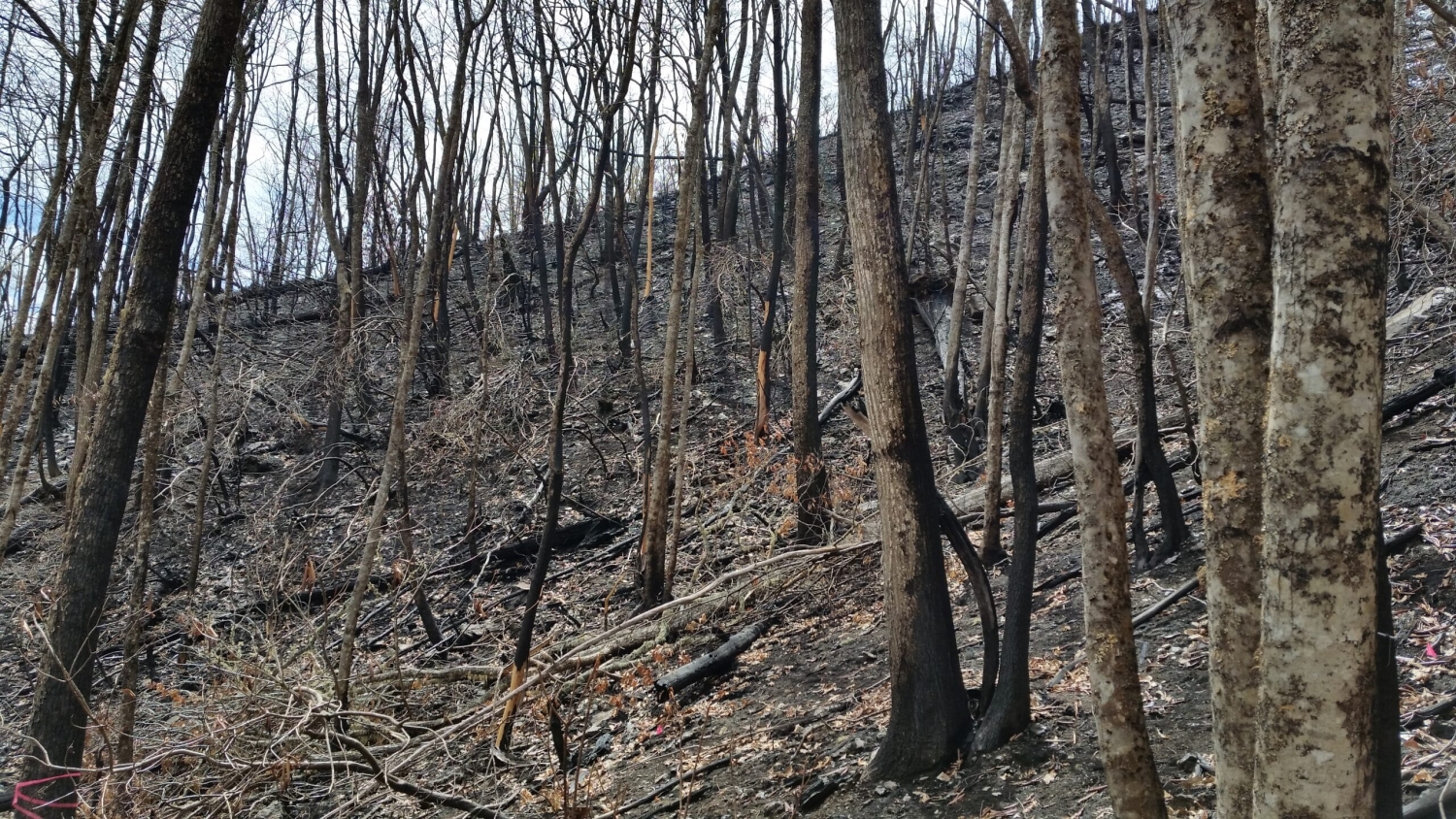