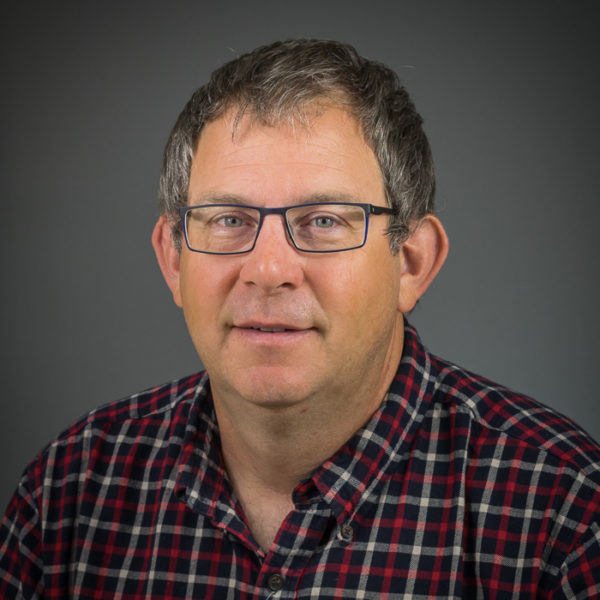 Cities now constitute one of the most rapidly growing ecosystems in the world, and with the global spotlight on increasing urbanization and development, the focus on wildlife in ÃƒÂ¢Ã¢â€šÂ¬Ã‹Å“naturalÃƒÂ¢Ã¢â€šÂ¬Ã¢â€žÂ¢ systems is sharing importance with a focus on wildlife in urban systems, providing unique research opportunities in ecology and conservation. Currently, greater than 10% of the earthÃƒÂ¢Ã¢â€šÂ¬Ã¢â€žÂ¢s land surface is categorized as ÃƒÂ¢Ã¢â€šÂ¬Ã‹Å“urban coverÃƒÂ¢Ã¢â€šÂ¬Ã¢â€žÂ¢ and that area is continually growing. By 2050, 70% of the human population is expected to live in cities, which now constitute one of the ÃƒÂ¢Ã¢â€šÂ¬Ã‹Å“newest and fastest growingÃƒÂ¢Ã¢â€šÂ¬Ã¢â€žÂ¢ ecosystems in the world. In North Carolina, black bear populations occupy nearly two-thirds of the state and their range continues to expand, including into areas with high densities of people and road networks. Humans and black bears are now living in greater proximity to each other, resulting in increased human-bear interactions and some areas of the state may have reached or exceeded the social carrying capacity. Continued investigations into the fineÃƒÂ¢Ã¢â€šÂ¬Ã¢â‚¬Å“scale spatial and behavioral ecology of black bears in urban environments is warranted. For example, the identification of characteristics associated with bear-vehicle mortality along major interstates will help identify habitat characteristics associated with collision, and thus may aid in reducing collisions with vehicles. Additionally, in source-sink dynamics, wildlife populations that have access to high quality habitat typically have birth rates that are greater than death rates and surplus individuals disperse from the population as emigrants. In contrast, sink populations have low habitat quality, or suitability, and thus experience death rates that exceed birth rates and the population could decline towards extinction (i.e., a sink), unless ÃƒÂ¢Ã¢â€šÂ¬Ã‹Å“rescuedÃƒÂ¢Ã¢â€šÂ¬Ã¢â€žÂ¢ by immigration from surrounding source populations. We will evaluate family group dynamics and estimate population growth rates and population dynamics. Clearly, these objectives have direct and indirect consequences for humans and bears in our rapidly changing urban environments.

Since the 1960ÃƒÂ¢Ã¢â€šÂ¬Ã¢â€žÂ¢s, northern bobwhite have declined range wide, but most dramatically in the southeastern United States. Declines occurred in large part because of fire suppression, so application of prescribed fire has been used as a restoration too. Historically, prescribed fire primarily was conducted during the winter; however, natural fires occurred most often during late spring and summer, coinciding with the season of lightning storms. Frequent, growing-season fires reduce woody cover and increase dense herbaceous ground cover, which provides nesting and brooding cover for bobwhite. Nevertheless, recent shifts to burning during the growing season to restore historical conditions maintained by frequent fires have raised concerns that ground-nesting birds, such as northern bobwhite, may be threatened by nest destruction during prescribed fires. Additionally, burning large blocks of habitat during the spring and early summer (i.e., growing-season burn) could temporarily reduce bobwhite nest cover, destroy active bobwhite nests, or kill young chicks. We propose a study of northern bobwhite ecology in a longleaf pine ecosystem managed with frequent growing-season prescribed fire. We will capture and attach radio-transmitters to individuals during the late winter months and track birds to quantify habitat use and to locate nests. Our specific objectives are to: 1) determine home range size and movement ecology during late winter and during the breeding season; 2) describe habitat selection as it is related to prescribed fire history and identify environmental predictors (e.g., basal area, ground cover conditions, proximity to drainage) of habitat selection; and 3) describe nest-site selection, overall nest success, and sources of individual nest mortality, including prescribed fire.

Abstract: In North Carolina, black bear populations occupy 61% of the state and their range continues to expand. Additionally, the human population in North Carolina has increased and growth continues unabated. Humans and black bears are now living in closer proximity to each other, resulting in increased human-bear interactions and some areas of the state may have reached or exceeded the social carrying capacity. In several of these areas, population management options appear limited, as hunting is often restricted in residential and urban developments. No data exists on whether suburban/urban environments serve as source or sink populations for surrounding areas, if mortality rates differ between hunted and unhunted bear populations in North Carolina, if bears in suburban/urban areas are vulnerable to harvest, or if hunting strategies can manage bear populations and human-bear interactions in and near residential developments.

Abstract: In North Carolina, black bear populations occupy 61% of the state and their range continues to expand. Additionally, the human population in North Carolina has increased and growth continues unabated. Humans and black bears are now living in closer proximity to each other, resulting in increased human-bear interactions and some areas of the state may have reached or exceeded the social carrying capacity. In several of these areas, population management options appear limited, as hunting is often restricted in residential and urban developments. No data exists on whether suburban/urban environments serve as source or sink populations for surrounding areas, if mortality rates differ between hunted and unhunted bear populations in North Carolina, if bears in suburban/urban areas are vulnerable to harvest, or if hunting strategies can manage bear populations and human-bear interactions in and near residential developments.

This agreement is being implemented to facilitate habitat restoration on Bull Neck Swamp, a large tract in Washington County, NC owned by the University and managed by the Fisheries and Wildlife Sciences program. Restoration activities include implementing multiple controlled burning program on 122 acres of upland and restoring a 45 acre stand of Atlantic white cedar.

Forest ecosystems in the southeastern United States evolved with frequent lightning-ignited fires, a natural process generally mimicked with prescribed fire today. Native Americans and early European settlers recognized the importance of fire and used burning to clear undergrowth and improve habitat for important grazing species. Although managers now universally recognize the importance of prescribed fire, the way in which burning should be conducted is debated and target habitat conditions can be ambiguous depending on focal floral or faunal species. Management actions in the longleaf pine (Pinus palustris) ecosystem are driven largely by policies focused on recovery of the federally endangered red-cockaded woodpecker (Picoides borealis), and sometimes other threatened or endangered species. However, management paradigms driven by single species like the red-cockaded woodpecker may encourage homogeneity when focal species require a narrow suite of vegetation conditions, particularly when competing vegetation types are not linked to other ecological indicators. Land managers frequently require site-specific information on species occurrence to predict potential impacts of proposed management. Because it is cost-prohibitive to conduct comprehensive surveys at every proposed site, predictive models of species response to management are needed. Additionally, management to maintain heterogeneous habitat conditions is complex and requires large-scale habitat planning that should considers multi-species response to a variety of alternative management scenarios. Accordingly, habitat planning models can be constructed using spatial data and known habitat relationships for target wildlife species. These twin components ÃƒÂ¢Ã¢â€šÂ¬Ã¢â‚¬Å“ that managers can differentially affect vital rates, and vital rates can differentially affect population growth and persistence ÃƒÂ¢Ã¢â€šÂ¬Ã¢â‚¬Å“ are well understood, but have not been merged in a user-friendly way that can help guide on-the-ground management in the absence of intensive demographic data for target species. Therefore, our objectives are to connect management actions to population dynamic outcome.

By the late 1800ÃƒÂ¢Ã¢â€šÂ¬Ã¢â€žÂ¢s, beavers were extirpated throughout the United States. The loss of beavers contributed to the decline of other species due to loss of suitable habitats. The North American river otter (Lontra canadensis) was among the species lost in the mountain and piedmont regions of North Carolina due to habitat loss, wetland drainage, and unregulated harvest. Otter populations survived in the coastal plain, likely due to the availability of optimal habitat and the inaccessibility of large swamps to people. By the 1980ÃƒÂ¢Ã¢â€šÂ¬Ã¢â€žÂ¢s, otter populations in the coastal plain and piedmont regions were considered recovered and trapping seasons were expanded to include most of the piedmont region. However, the mountain region remained closed to trapping, as otters were still considered absent. During the 1990s, the North Carolina Wildlife Resources Commission (NCWRC) initiated an otter restoration project in the mountain region. Also, the Great Smokey Mountains National Park carried out their own reintroduction efforts within the park boundaries, releasing 137 individuals from 1986-1994. The restoration project concluded in 1995 and 10 years later, otter populations in the mountain region were restored to a level that allowed for a sustainable trapping season with a bag limit of 5 otters per season. In 2009, the bag limit was removed and otters can now be trapped statewide without bag limits. While otters are considered fully restored to all portions of North Carolina, there have been no studies conducted on otter population dynamics since the early 1980s. Additionally, while otters are managed similarly statewide, there have been no studies comparing the population dynamics of long-established otter populations (i.e., coastal plain, piedmont) with the restored population (i.e., mountains). Although otters are managed similarly statewide, North Carolina has a unique opportunity to examine whether differences exist among the three regions (i.e., coastal plain, piedmont, mountains) and to compare results to other states. Each regionÃƒÂ¢Ã¢â€šÂ¬Ã¢â€žÂ¢s otter population may house differences due to duration of population establishment and other factors, such as habitat, diet, harvest pressure, and climate. Therefore, our objectives are to increase the number of river otter samples in the Piedmont and Mountain regions during the 2015-2016 trapping season, Analyze age, sex, and morphological measurements from otters collected from the 2009-10 trapping season through the 2014-15 trapping seasons, and summarize preliminary results from samples tested for Toxoplasma gondii and heavy metal contaminants.

This study will identify the combination of variables associated with human development that best determine whether properties in NC are ÃƒÂ¢Ã¢â€šÂ¬Ã…â€œhuntable" or unhuntable. Estimates of land area in each category will be calculated using a GIS-based model, establishing an important baseline for NC which is experiencing rapid urban/suburban expansion. Development of a predictive model based on available spatial data will allow periodic adjustments to NCÃƒÂ¢Ã¢â€šÂ¬Ã¢â€žÂ¢s huntable land estimate as development within the State increases and new spatial data become available. The amount of area actually hunted within NCÃƒÂ¢Ã¢â€šÂ¬Ã¢â€žÂ¢s available huntable area will also be estimated; providing a current estimate of the amount of privately owned land actually open (available) to hunting and providing insight into the concepts of hunter distribution and de facto wildlife sanctuaries on private lands.