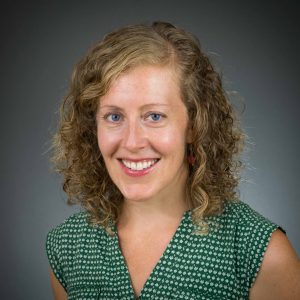 Environmental justice (EJ) is an academic and a policy framework intended to help count the full societal costs of decisions about environmental management, food production, and other activities, including many within the purview of the US Department of Agriculture. However, scientists and other professionals in agriculture and natural resources rarely encounter EJ in their academic training. Fewer still have research experiences or hands-on training that centers on EJ. This project will recruit and mentor doctoral students who will gain a strong working knowledge EJ policy and its intersections with other areas of expertise within Forestry and Environmental Resources. Students will acquire research skills and leadership experiences related to implementation of EJ policies and analytical frameworks within their knowledge domains. The project will recruit students from diverse backgrounds, and especially those with demonstrable commitments to marginalized communities on whom EJ policies often center. To accomplish this, the project will take advantage of North Carolina State UniversityÃƒÂ¢Ã¢â€šÂ¬Ã¢â€žÂ¢s critical mass of EJ scholars and existing partnerships with Tribes and community-based groups. Careful recruiting and mentoring will ensure that students are successful. Deep integration of EJ and related topics into curricula will ensure that students have a firm grasp of EJ that complements other academic work. Internships and specialized training will help students be prepared for future leadership. Benchmarks will assess success of the project, including the extent to which it advances the USDA goal of ÃƒÂ¢Ã¢â€šÂ¬Ã…â€œincreas(ing) the number, quality and diversity of students in the food, agricultural and related sciences.ÃƒÂ¢Ã¢â€šÂ¬Ã‚Â

The Southern Blue Ridge (SBR) encompasses over 9.4 million acres, with some of the largest blocks of unfragmented forests in the country and over 4 million acres in public protection. This area is known to provide drinking water to large urban areas significantly downstream, including over 2 million people in Charlotte, NC, and residents in Atlanta, GA. The SBR also has the highest diversity of salamanders in the world, and exceptionally diverse freshwater systems that support at least 66 at-risk aquatic species, 20 of which are federally-listed as threatened or endangered. Yet, baseflow in SBR streams are markedly changing due to both climate change temperature increases in the region as well as forest community composition shifts, known as ÃƒÂ¢Ã¢â€šÂ¬Ã…â€œmesophicationÃƒÂ¢Ã¢â€šÂ¬Ã‚Â. Researchers have documented that the region has been warming 0.5Ãƒâ€šÃ‚Â°C each decade since the 1980s, leading to evaporation and long-term declines in the amount of water in SBR rivers. Mesophication occurs when drought and water resilient treesÃƒÂ¢Ã¢â€šÂ¬Ã¢â‚¬Å“such as oaks and hickoriesÃƒÂ¢Ã¢â€šÂ¬Ã¢â‚¬â„¢ are being significantly outcompeted by water-using species such as maples and poplars. A tulip poplar can use up to 4x the amount of water as the same sized oak tree, and when this vegetation shift happens over millions of acres, researchers have documented up to an 18% decline of water yield in streams due to the changing trees. Together, these changes threaten the long-term sustainability of water supplies and the adequate baseflow needed for some of the rare aquatic species. TNC and partners conduct extensive amounts of forest restoration in the SBR, attempting to maintain balance of oaks and hickories in the forest systems. Yet, significant questions remain about the implications of forest management on stream baseflows as well as where the best places to conduct restoration should occur to improve the resilience of water supplies and ensure baseflow for aquatic species.

This agreement establishes a collaborative research effort with NC State University, Department of Forestry and Environmental Resources. The objectives described below will provide policy relevant scientific research on the current and changing conditions of waters resources in in the North Carolina Piedmont, a region of rapid human population growth and development.

Forests and water are inextricably linked, and people are dependent on forested lands to provide clean, reliable water supplies for drinking and to support local economies. As more than 90% of the forested land in the South is privately owned, water supplies in the region are at risk of degradation from continued fragmentation and conversion of forests to other land uses to support a growing population. Given the variety of threats to surface water, it will be increasingly important for forest managers to highlight the value of forests for maintaining clean and abundant supplies of drinking water in the region. A key component of maintaining this ÃƒÂ¢Ã¢â€šÂ¬Ã…â€œgreen forest infrastructureÃƒÂ¢Ã¢â€šÂ¬Ã‚Â is ensuring that healthy forests are maintained on the landscape and managed using science-based sustainable forest management practices. Our objectives are to: 1) Develop a multi-scale modeling approach that is capable of quantifying forest water quantity and quality indicators, 2) Develop and provide and economic valuation of forest water related ecosystem services, and 3) Develop a public-facing web application that links water resource values to forests and forest management options.

Riparian buffers have been used to protect water quality from human land uses for decades, and their impacts at local and stream reach segments are well established. What is not well understood is the scale and placement of riparian buffers required to improve water quality across regional scale watersheds, thus protecting coastal ecosystem health from upstream development and agricultural land uses, particularly in the context of changing land use and climate. The outcome goals of the Healthy Coastal Ecosystems focal area of North Carolina Sea Grant Strategic Plan emphasize the critical need for wholistic, watershed approaches that include upstream-downstream connectivity and the impacts of changing climate and land use on watershed health. Our project goal is to apply a human-natural systems watershed approach address critical gaps in scientific understanding that forward the outcomes of the Healthy Coastal Ecosystems Focal area 1. Identify the role that upstream land use change plays on downstream (coastal) water quality in the context of changing climate 2. Examine the role that riparian buffer protection policy might play in mitigating the impacts of climate and land use change on downstream, coastal water quality. We will test a central hypothesis that strategic buffers, those placed on local watersheds with the greatest extents of either developed or row crop agriculture with provide significant improvements to whole watershed health (stream flow flashiness, sediment and nutrients) as measured across sub-watersheds and at the coastal watershed outlet. We will compare the watershed health benefits of strategic buffers only in the Piedmont, urbanizing region of the Cape Fear River basin to the placement of buffers throughout the entire basin. We will analyze the effectiveness of strategic buffers to business as usual (no mandated buffers) as well as complete buffers (all streams). To ensure results of our project reach stakeholders, we will form a Stakeholder Advisory Board that will provide regular assessments of project success.

Wildland fires produce a range of impacts that can either be beneficial (e.g. controlled burns that favor forest quality), or destructive (damage, loss of life). In both cases, better predictions of fire suppression efficiency are critically needed in view of increased cost of wildland fire suppression, concerns for firefighter safety, and the potential of wildland fire as a land management tool. Simultaneously, there is a lack of knowledge on how fire-affected landscapes influence water supplies used for drinking, agricultural and industry. These topics represent a major research challenge in wildfire science and hydrology, respectively, and are essential in safeguarding environmental sustainability. This work involves two complementary research themes: first, to improve the conceptual understanding of the effects of prescribed burning and forest restoration of longleaf pine ecosystems on hydrologic pathways and the fate of excess water, and gain quantitative knowledge of the impacts of prescribed burning and longleaf pine ecosystem restoration on water supply in the southeastern United States. Second, to (a) gain empirical knowledge of historical wildland fire perimeters, fire suppression operations, topographic features, rivers, weather data, fuel types and properties, and land cover; (b) develop machine learning models to predict where firelines are likely to be successful and where they are likely to be constructed. These models are scalable, meaning they can also accept incomplete data. Based on the discrepancy between these two, derive insights on implicit biases, assumptions and situational factors; and, (3) to provide practical guidelines to support fire planning and fire management and operations.

Stormwater runoff threatens public health in several ways, but mitigating these challenges is difficult. Climate change is increasing the frequency and uncertainty around storm events, which makes stormwater damage more difficult to anticipate and manage. Green infrastructure (GI) such as rain gardens, catchment ponds or other strategic landscaping is a good alternative to traditional stormwater management. GI not only provide ecosystem services in stormwater management, but also offers other ecosystem services such as air pollutant removal, urban heat mitigation, wildlife habitat creation. More importantly, it may provide educating value and potentially increase environmental awareness. School systems present a unique opportunity to implement GI. The impervious surface in school grounds represents both a significant contribution to stormwater run-off, as well as an opportunity to install a network of GI. However school systems face the financial challenge for GI implementation and long-term management. To facilitate GI practice in school systems, building cross-sector support for GI is important. There is a need to highlight other benefits for GI (e.g., academic learning, student well-being) to provide justification as well as opportunities for partnership across sectors. This study aims at understanding the range of potential benefits represented in placing GI on school grounds. By uncovering what GI that exists on school grounds and identifying the preferred environment, usage, activities teachers and students assigned to GI, we anticipate making recommendations for how schools initiating GI project may better design for stormwater management as well as outdoor play and education.

In October 2016, Hurricane Matthew brought extreme rainfall (up to 350mm in 24h) to parts of eastern North Carolina and regional flooding along the Lumber River and its tributaries. Situated in a region dominated by large-scale crop-cultivation and containing some of the highest densities of concentrated animal feeding operations (CAFOs) and processing facilities in the United States, the Lumber River watershed (Figure 1) is also home to the Lumbee Tribe of American Indians. Most of the tribeÃƒÂ¢Ã¢â€šÂ¬Ã¢â€žÂ¢s 60,000+ members live within or immediately adjacent to the 3,000 km2 watershed in a region characterized by high rates of poverty and large disparities in healthcare, education, and infrastructure compared to other parts of the state. The visible impacts of flooding between October 9 and 16 included destroyed homes and businesses, disabled utilities (electricity, water, and sewer), and disrupted activities within the watershed and elsewhere. Less visibly dramatic, but perhaps more persistent, are the impacts of Hurricane Matthew flooding on water quality in this region. While prior water quality work has focused on the delivery of nutrients, pathogens, and other contaminants to North CarolinaÃƒÂ¢Ã¢â€šÂ¬Ã¢â€žÂ¢s estuaries following major hurricanes, less attention has been given to water quality impacts of regional floods farther upstream, particularly in areas of the Coastal Plain occupied by some of North CarolinaÃƒÂ¢Ã¢â€šÂ¬Ã¢â€žÂ¢s most vulnerable populations. In particular, little is known about the near-term impacts of extreme flooding on water quality: (1) in surface waters of the Coastal Plain; which are characterized by low gradient streams and extensive riverine wetlands; (2) in surficial aquifers, which many American Indian communities continue to rely on for water supplies; and (3) in public drinking water supplies, which derive from more protected, confined aquifers but whose infrastructure suffered widespread damage following Hurricane Matthew. Given that CAFOs, septic systems, and other contaminant sources became hydrologically connected to surface waters, shallow groundwater, and drinking water supplies during the flood, we have an unprecedented opportunity to document the impacts of ÃƒÂ¢Ã¢â€šÂ¬Ã…â€œextreme hydrologic connectivityÃƒÂ¢Ã¢â€šÂ¬Ã‚Â on water quality in this region in the coming months. The intellectual merit of this work includes improved understanding of flood-related connectivity, including how hydrological processes, land use, and social vulnerability combine to translate hydrologic connectivity into persistent water quality impacts. The broader impacts of this work include engaging members of an affected population, the Lumbee Tribe, through both citizen science and public education. We expect these water quality impacts to persist long after the flood wave has passed, and we seek to contribute toward informed decision-making over the next 6-12 months while providing preliminary data to larger studies of water quality, connectivity, and related issues in this region.