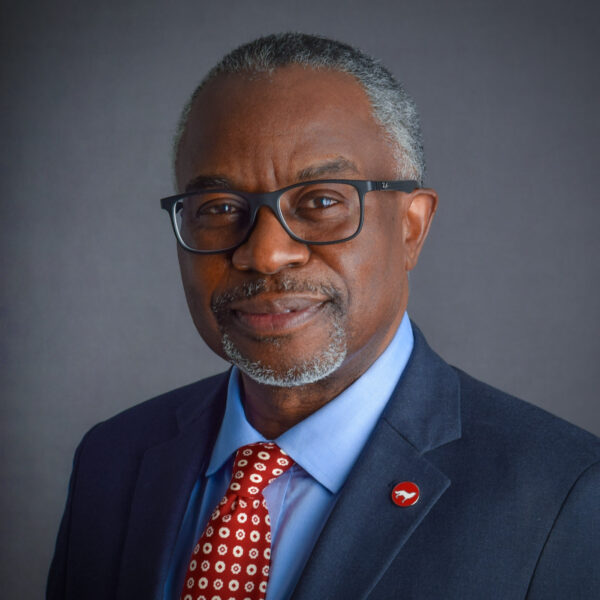 Dr. Myron F. Floyd currently serves as Dean of the College of Natural Resources at NC State University. He first joined the college in 2005 as a professor in the Department of Parks, Recreation and Tourism Management. In 2010, he was appointed to serve as director of graduate programs for the department, and in 2014, he became department head.

An elected Fellow of the Academy of Leisure Sciences and the American Academy of Park and Recreation Administration, Floyd is widely recognized as a leading scholar focused on understanding race and ethnic patterns in outdoor recreation behavior. His most recent research examines how public parks and greenspaces and other features of the built environment contribute to physical activity in low-income communities of color.

He is co-author of Race, Ethnicity, and Leisure: Perspectives on Research, Theory and Practice from Human Kinetics, as well as, 95 peer-reviewed journal articles, 22 peer reviewed monographs and proceedings papers, 18 book chapters and more than 100 presentation papers and abstracts. In 2008, he was awarded the Theodore and Franklin Roosevelt Award, the highest award for research excellence from the National Recreation and Park Association.

During his tenure as head of the Department of Parks, Recreation and Tourism Management, Floyd grew the department’s teaching, research and extension capacity by adding faculty expertise in new areas including land use and ecosystem services, conservation behavior, environmental education, diversity and environmental justice, crowdsourcing data for health research, geospatial analytics, and worksite physical activity.

Before taking on the role of department head, his research program focused almost exclusively on understanding the capacity of neighborhood parks and green space to promote physical activity and reduce health disparities. He has served as PI or co-investigator on numerous large multidisciplinary research teams funded by governmental and non-governmental organizations, including the USDA Forest Service, USDI Park Service and Fish and Wildlife Service, NOAA, USDOD Army Corps of Engineers, and the Robert Wood Johnson Foundation.

Floyd has served in several national and state leadership roles. In February 2014, Floyd served a three-year appointment on the Forestry Research Advisory Council (FRAC) by then U.S. Secretary of Agriculture Tom Vilsack. With a council of 11 distinguished members, he advised the secretary on issues concerning forestry and natural resources. Most recently, he served on the NC Institute of Medicine’s Healthy NC 2030 Taskforce and co-chaired the Physical Environment Work Group.

Prior to coming to NC State, Floyd served on the faculty at Clemson University, Texas A&M University (College Station), and the University of Florida.